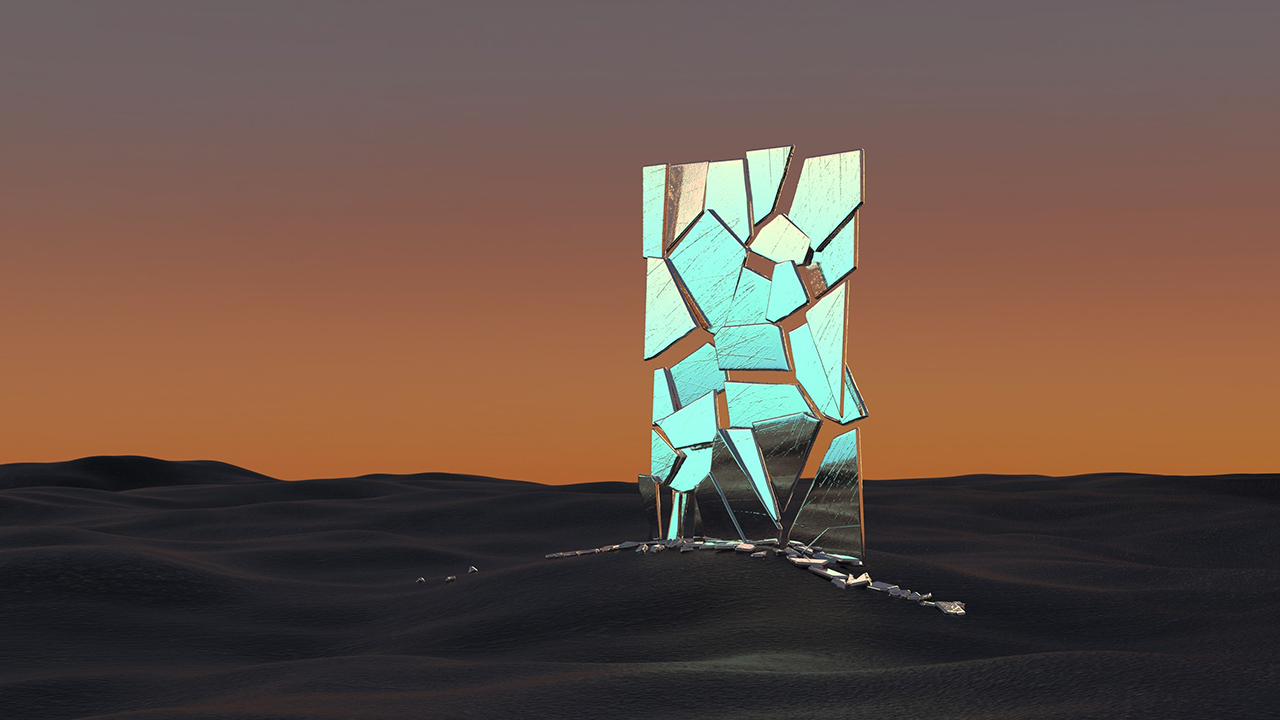 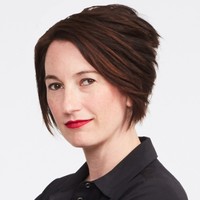 WXO Case Studies tell the story of how experts across the Experience Economy have faced challenges, solved problems, and either pioneered new ideas or just figured out how to make something work really well. We believe these experience-based ideas are highly transferable, and that you should be able to take what they discovered in their sector, and apply it in your area of the Experience Economy. If you’d like to share your own case study with the WXO community, please get in touch.

Stephanie Riggs is an Experiential Creative Director and former Disney Imagineer who is helping to redefine the way we tell stories and design experience – check out her Firestarter talk in Campfire 3: The End of Storytelling for her insights into the “storyplex”.

Here, Riggs tells us how as part of a team made up of Shubert Organization, Hexagram and Sunchaser Entertainment, her and her fellow partners launched Odeon: a collaboration with the goal of creating theatrical performances that blend AR or VR with live performances in Broadway venues and can be viewed around the world.

We believe stories Start With Who – so who’s the hero of this one? Who had a problem to solve?

Odeon is a partnership between three world-class organizations from very different industries. Shubert Organization is a classically traditional venue operator who owns 17 of Broadway’s theaters and is America’s oldest professional theater organization. Hexagram is a creative development studio with an in-house experience creation platform called Saga. And Sunchaser Entertainment is a creative consulting company specializing in interactive, immersive narratives.

Our protagonists leading the charge of this venture are Kyle Wright from Shubert, Rob Auten from Hexagram, and Stephanie Riggs from Sunchaser. But the real hero of this story is Kyle Wright, who brilliantly navigates the waters between the established industry of Broadway and the opportunity of new technology and experiences.

How were things going? What was good or bad?

If you’ve ever seen the Old World drawings of ships sailing towards the edge of a Flat Earth, you’ve seen the Old World state of the entertainment industry. It had developed and placed its confidence in a system that, while functional and convincing, didn’t account for where its audience was evolving to. But the ships had been built, the captains had been chosen, the course had been charted, and so their journey was set.

What was the Call to Adventure?

What was the problem, either “out there” – in society, the industry, the world – or “in here” – the firm, the community?

Entertainment fleets had been setting sail with maps of a Flat Earth. These maps had served them well when they were navigating near the shores of the known universe. But new technologies began to reveal that other realities were possible, that inspiring and engaging live performances existed beyond the realms of proscenium stages and Newtonian physics.

Could these new “maps” be trusted? What business model should be used? Could ROI could be tracked? Who would be willing to take the risk of sending fleets beyond the known world? Naturally, there were more questions than answers in the great beyond, and often times, too few resources to tackle them, and almost no one who knew how to captain the integration.

Who was your Mentor?

Did the people going on this journey have a mentor – either a real person or a way of thinking?

While Hexagram and Sunchaser had been advocates for and creators of other-worldly experiences for decades each, this journey could not have happened without the willingness and support of Kyle Wright and the Shubert Organization. Wright understood the concerns and interests of the established theater industry while simultaneously having his finger on the pulse of the evolving audiences that they are interested in attracting.

Ralph Vituccio at Carnegie Mellon University’s prestigious Entertainment Technology Center saw the tremendous opportunity for his Masters Students to create at the cutting edge of entertainment and sponsored the early prototype development at ETC.

Why did you at first refuse the Call?

Why didn’t you action this before?

Many elements have to be in alignment for the approach we are taking to be successful. In the “before times”, the tech wasn’t sophisticated enough for the journey, the audience wasn’t exploring these new frontiers as readily, and the traditional entertainment industry was doing just fine generating revenue.

What was the Inciting Incident?

With the pandemic, the tide came in, per se. All the traditional modes of experiencing live performance were shut down. And yet audiences craved live experiences. And so they became more adventurous with the forms of live performance they engaged with – from video platforms to smartphones to virtual reality. The technologists and artists rose to the occasion, collaborating to develop clever and creative new content for their audiences. And the entertainment industry began to realize it can reach more people if the content can meet audiences where they are, digitally.

What would have happened if you hadn’t Crossed the Threshold?

…or done what you’d always done before?

Each company involved in this venture is massively successful in its own right, partly because we’re each involved, in our own way, with building the future of entertainment. Evolving the possibilities is what we’ve each always done. We all knew there was a unique opportunity, given the circumstances of the pandemic. As the tide rolls out, and the traditional forms of live performance return, the entertainment industry could potentially go back to “the way it’s always been”; our challenge is to convince them that the technology is ready for premiere productions, and that this new world is worth the risk and investment. We believe, as Oliver Wendell Holmes said, that a ”mind, stretched to a new idea, never goes back to its original dimension” – and neither will our audiences.

What Trials did you face?

We knew we were in a race against time. There was a small window of opportunity before the world would open back up again, and then we expected the tendency would be to go back to the way things were. We needed to get a brilliant working prototype up and running as soon as possible. And we did.

Who were your Allies?

Who was on your side or helped you achieve your goal?

We found we had more allies than we expected – from academia to theater producers to professional actors to technology companies.

What Tools helped you on this journey?

What’s the closest thing you had to King Arthur’s Sword, or Luke Skywalker’s lightsaber?

Maria Essig in Google’s AR partnerships team provided a critical technical component and collaborated with us for the success of Odeon in early development stage. And yet, it was essential that the live components be represented as robustly as the technology. Juwan Crawley and Nikil Saboo, two tremendously talented Broadway performers, were incredible collaborators who transformed the technology into a meaningful and exciting experience.

What was the biggest Ordeal?

What was the toughest challenge you faced?

The success of Odeon depends on the believable merging of live performance and immersive technology into a seamless production. This requires a delicate balance of the theatrical, the technical, and the imagination – all in an intuitive, easy to use interface that works every time for non-technical audiences.

Did you have any “Aha!” moments?

Moments of discovery and inspiration… times when instead of the fog of uncertainty, you suddenly saw the way forward?

The best Aha! Moments came from our playtesters. In a roundtable after experiencing the prototypes, the playtesters gave us honest feedback on the moments that struck them, which provided us with tremendous insight into where the illusion is successful and where it breaks down. Always playtest!

What was the Reward?

Think in terms of outputs and outcomes: outputs are what you produce, whereas outcomes are what happens as a result of the outputs.

We have been able to convince traditional industries to begin exploring this exciting new world of live performance through XR technologies. We are in talks with theme parks, cruise lines, theater producers, event producers, licensing houses, and even the LARP community, on how Odeon can attract new audiences and generate additional revenue streams. And we look forward to speaking with anyone else who is interesting in sailing these uncharted waters with their IP.

How does the New World look now?

Now you’ve faced this challenge, what does it mean for you, your organization, and the world?

Perils still lie ahead. Ships venturing into new and undefined territory may still be devoured by ravenous demons. Fleets will be lost at sea. And yet, we know there are riches and experiences beyond the established maps and machinations of “how we do things now”. We are expanding our roster of talent, welcoming interdisciplinary and diverse creators and adventurers. We are very interested in conversations about unique uses of Odeon that we may not even have thought of. The new maps are not yet drawn.

New ships must be financed, built, sent out on expeditions, and return with knowledge and findings. That knowledge should be shared so the industry can continue to evolve and expand in meaningful ways. From those that are not successful, we can learn from their trials and celebrate their courage. Ultimately, we must endeavor to build the future of live performance not as an escape route available to only a few, but as a fantastical journey that all are welcome to join.