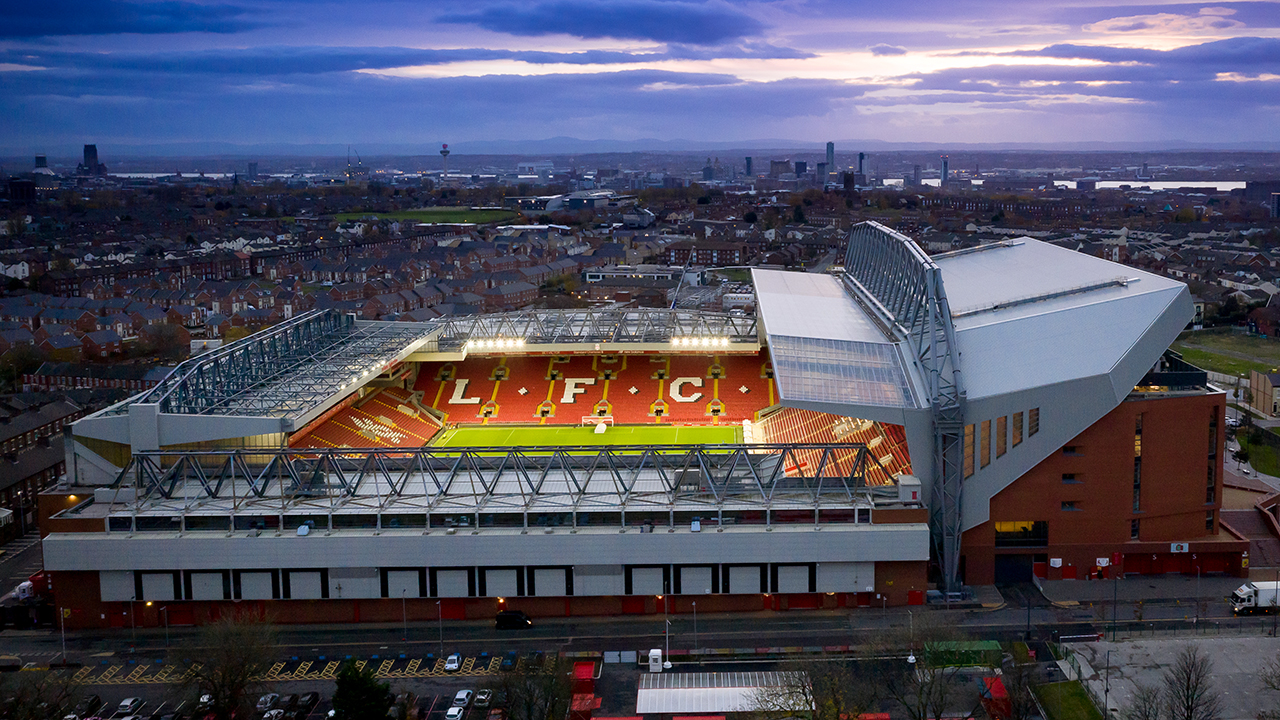 Giana Eckhardt, Professor of Marketing at King’s College London, together with colleagues Tim Hill from the University of Bath and Robin Canniford from the University of Melbourne, closely studied the elements that create the unique atmosphere at Liverpool Football Club’s home ground. Here they share what experience designers can learn about generating the electricity of a live atmosphere before, during and after events.

Across the globe, restrictions on live events have affected the Experience Economy and entertainment industries. The empty seats and eerie silences in sports and music venues reminded us how much crowds of fans and supporters contribute to the atmospheres enjoyed in stadiums, nightclubs, theatres, and music festivals. Anyone who has ever experienced a mass outpouring of emotion in a packed stadium or music venue knows how it can lift us into a state of elation.

To better understand how this unique aspect of live events is created, we conducted an in-depth ethnography study of Anfield, the iconic home stadium of Liverpool Football Club. Anfield’s atmosphere is renowned among football fans and the media.

In 1964, a BBC documentary team recorded the ritualistic singing that creates Anfield’s atmosphere. As the presenter remarked, “An anthropologist introduced to this crowd would be introduced into as rich and mystical popular culture as any South Sea Island”. Such mass rituals continue to this day, a spectacle that draws in tourists from around the world.

Our research shows that atmospheres are created when crowds share a focus of attention and synchronize their behaviours and emotions so that mass outpourings of excitement can follow. We also reveal how these conditions occur via a four-stage process, through which firms and consumers cooperate before, during and after events to create atmosphere.

Stage 1: Build anticipation. The first stage begins days and weeks before live events even start. It often occurs in the home, where consumers anticipate atmospheres by learning about behavioral expectations, as well as making symbolic props such as costumes and flags. Firms can facilitate preparations for atmosphere by providing cultural resources that allow people to find out where they can share experiences that anticipate and contribute to the event build-up.

Stage 2: Build the atmosphere in smaller groups. For the second stage, atmospheres require activation among smaller groups. Similar to a sports team or music group warming up before an event, consumers also rehearse songs and gestures as a way to align behaviors and emotions before an event begins. Firms can facilitate these activities by ensuring that places like stadiums and concert halls are surrounded by smaller venues that cater to consumers’ desires to meet and build excitement before they make their way to the main event.

Stage 3: Bond the smaller groups into a larger crowd. In the third stage, once smaller groups have built a sense of anticipatory excitement, firms must often work to unify these groups into larger crowds who feel the same way. One way to do this is to stage formal rituals: from the Anfield crowd singing Liverpool Football Club’s anthem, You’ll Never Walk Alone, to the All Blacks’ ‘haka,’ formal rituals provide intense moments of interpersonal connection that align emotions and behaviors as an event begins. Such formal rituals provide a means for strangers to become an impassioned crowd who feel emotionally connected. (WXO note: this takes us all the way back to Campfire 1: We Began With Endineering, when Extraordinary Experience creator Claus Raasted spoke of the importance of a bonding moment such as singing an anthem.)

Stage 4: Use memories to encourage repeat visits. In the fourth stage, following an event shared emotions and memories of atmosphere are stored in merchandise, memorabilia, and media. By reminding supporters of the emotional highs of atmospheres, these resources inspire repeated visits to future events.  (WXO note: see Bob Rossman’s concept of the ‘memory anchor’ that he shared in Campfire 1.)

One particularly important lesson from our research into Anfield is that atmosphere requires careful cooperation between firms and consumers. Firms need to be cautious of putting on too much of a spectacle. Dazzling consumers with a range of lights, music, fireworks, and pyrotechnics can drown out the natural expressions of pleasure and excitement produced by people participating in crowd behaviors.

Importantly, consumers want to feel that they are creating atmosphere themselves, with their own meaningful rituals that are often passed down through generations. Although firms may welcome an upsurge in the popularity of the events they stage, they must understand how tensions can arise between longstanding devotees and more casual consumers such as tourists. Preparing tourists and visitors to understand ritual expectations is vital, as it preserves atmosphere and avoids unwelcome tensions between groups.

Although the reopening of entertainment venues heralds hope for the entertainment industry and consumers emerging from lockdowns, firms that facilitate atmospheres effectively are more likely to benefit from enhanced customer experiences, customer loyalty, and the possibility to create iconic sites to which visitors will return time and again.

To get more insights from experts in the Experience Economy  – and to be the first to know about our membership programme, events and more – sign up to the WXO community here.