Campfire 25: Beyond The Peak-End Rule 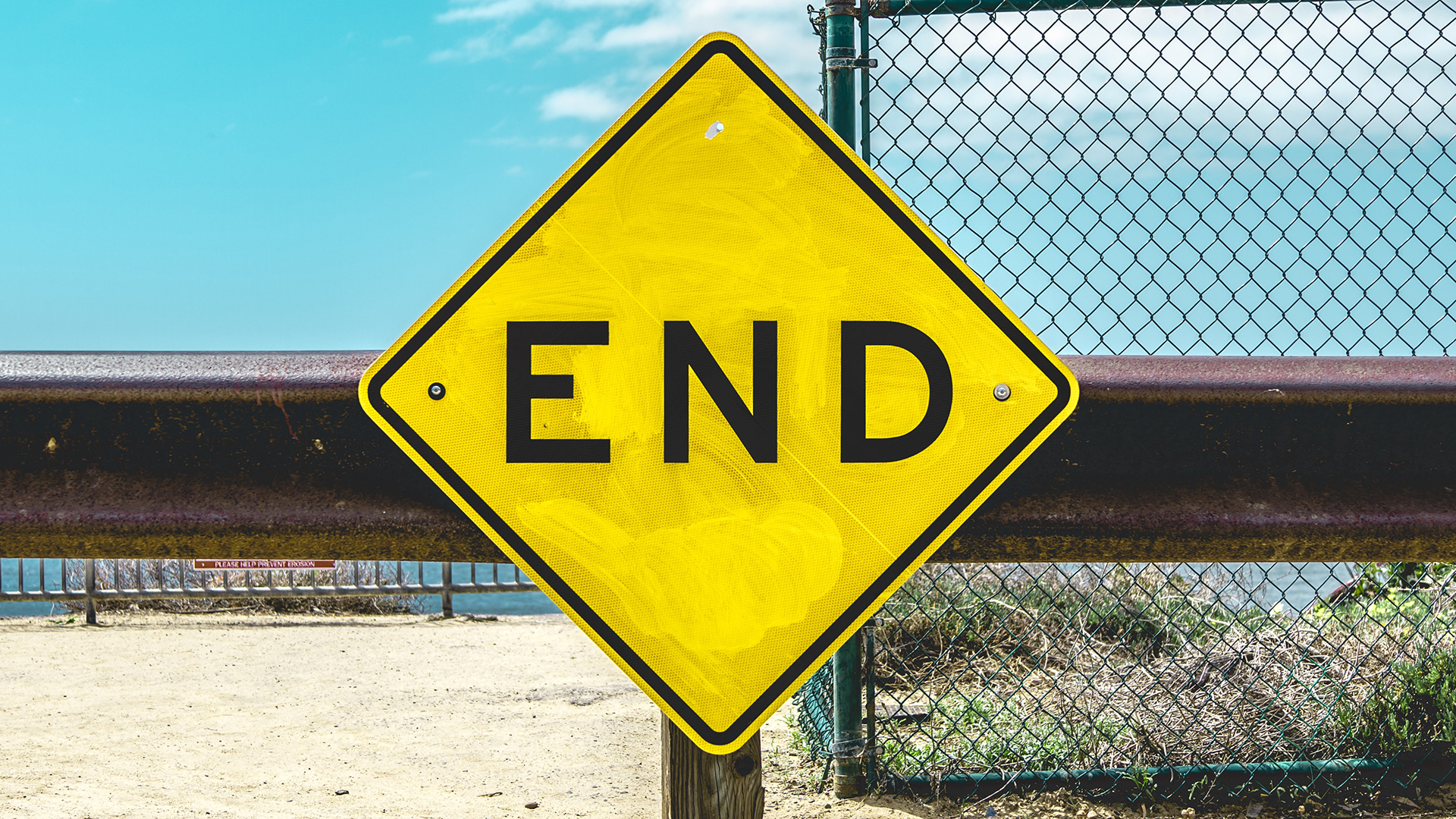 It is a truth universally acknowledged within the Experience Economy that the peak-end rule – the idea that experiences are remembered (and judged) by what happened at their highest points and at their endings – is one of the most useful experience design tools we have.

Or is it…? The peak-end rule might be 30 years old, but like all millennials, perhaps it’s time it had a phase of self-reflection. Maybe it’s a bit too simplistic. Maybe we can go beyond seeing it as the one mechanism linking lived experiences to memorable experiences. And maybe we could be doing something else to design better experiences.

One person who’s already looking at the limitations of the peak-end rule is Wim Strjibosch, a lecturer at the Breda University of Applied Sciences who’s working on his PhD on measuring the temporal dynamics of emotions in an experience and how emotions contribute to how memorable an experience is.

Strjibosch works with both neuroimaging and physiological measures – heart rate, temperature, breathing patterns, etc – to determine emotional intensity. We invited him to share his tools for measuring and mapping the emotional journey throughout an experience with our Campfire, and to ask whether the time has come to end the peak-end rule…

The Experiencing Self And The Remembering Self

We all have experiences that we remember long after we’ve actually experienced them. For Strjibosch, it’s the IllumiNations: Reflections of Earth show at Epcot, which no longer exists, but lives on in his memory.

“That is the value of the memory of an experience. They last, even once the actual experience has gone.”

As CX pioneer and WXO Founding Member Colin Shaw says, “we don’t choose between experiences, but between the memories we have of experiences.”

But what makes an experience memorable? Strjibosch has developed a model with his experience lab team to explain exactly this, starting with the definition of experiencing as “a continuous stream of consciousness”.

These external and internal stimuli are turned into electrical signals by our senses which our brain makes sense of by applying mental models to them.

“These are an extensive set of frames of references from earlier experiences that allow us to understand what we are experiencing. So because I have seen a combination of stimuli before in the form of an orange shape that has a particular taste and a particular sense, I know that I’m biting an orange. Mental models categorize groups of stimuli to allow us to understand what we perceive from the world out there.”

We might link this to the experiencing self: the “us” that is constantly reacting to and processing stimuli out in the world. But the second step of Strjibosch’s model looks towards the remembering self.

“These external stimuli and internal stimuli are also processed through our emotional appraisal mechanism. For all of these different mental models, we’ve learned to couple an emotional color that tells us whether we should approach or avoid them.”

So how does this continuous stream of experiencing translate into distinct memories?

Well, mental models are also coherent over time – we use them to understand how long experiences last, how they begin and how they end. So we can cut the continuous stream of consciousness into distinct experiential episodes.

Based on the emotions that we experience during these experiential episodes, they are more likely to be either remembered or forgotten.

“The more emotions you experience, the more likely that experience is to be remembered.”

It’s about the intensity of the emotion. When an emotion is stronger, there are different signals in the brain that really enhance brain connections. In short, emotions are an important construct to study when you want to find out how experiences become memorable. So to test how to make an experience more memorable, you can simply take an experiential episode with a start and an end and record the emotions over time.

The Problems With The Peak-End Rule

Both the original experiments by psychologists Fredrickson and Kahneman 30 years ago and follow-up trials confirmed it to be a very robust mechanism in explaining the relationship between lived experience and remembered experience.

However, there are a few problems that arise when we try and apply the original studies into the peak-end rule to the modern Experience Economy:

How To Measure Emotions

Strjibosch and his team wanted to study the peak-end rule and measure emotional engagement by looking at a musical theatre show that lasted for 90 minutes.

You can measure emotions physiologically, by putting a wristband on people that measures their skin conductance, heart rate, breathing patterns, and so on. The advantage of measuring emotions this way, is that it can be recorded with sub-second precision, so it’s being sampled every fourth of a second. This matches the speed of emotions, which tend to happen within 200 milliseconds after presentation of a stimulus.

However, if you measure emotions physiologically, you only measure the extent to which people are emotionally engaged. You can’t say anything about whether their emotions are positive or negative, or whether people are experiencing fear, happiness, joy, or sadness.

So Strijbosch’s team complemented these physiological methods with what they coined experience reconstruction methods, in which they asked people to reconstruct our experience, then cut that story into pieces. For each piece, they asked people to say how aroused they were in terms of emotions, but also whether those emotions were positive or negative. These statements could then be linked to the time they were experienced within the musical theatre show to reconstruct a self-reported signal of emotion over time.

From this experiment, Strjibosch made a distinction between seeing an experience as a single or multi-episodic entity.

But if you take a multi-episodic approach to your experience, such as in the case of the musical theatre show where they were able to split it into 17 scenes, if you take the average or the peak per scene you can predict up to 44% of the variance in the experience outcome measures.

Therefore when you cut experiences into episodes, peaks seem to work better than averages.  But for the full experience, averages seem to be the best measure.

“This is a nuance of the peak-end rule: it might not work for the experience as a whole, but rather for individual episodes within a multi-episodic experience.”

Designing For Episodes, Not Experiences

From this, Strijbosch concludes that if you have a multi-episodic approach, you can link individual episodes within that experience to the overall experience outcomes.

“This is a quirk within the theory that emotions are an important factor in making experiences fun and memorable. This only goes for some parts of an experience but not for other parts – and in some parts, less emotion seems to work a bit better.”

Is The Peak-End Rule At An End?

In short… probably not. But perhaps we can be more nuanced in how we apply it.

Strjibosch has a few conclusions from his team’s experiments:

We then asked our Campfire how we might build on Strjibosch’s work to better understand the link between emotion, memory and experience. What if we…

Strjibosch’s analysis is based on linear narratives and passive storytelling – but what if we applied it to a non-linear narrative, such as a museum visit or playing a video game, where the user is an active rather than a passive participant?

“The notion of co-creation influences the journey of the hero and the transformation of a human being through that process. And that transformation would influence the outcome of your decision.”

“Assuming it’s probably Westerners that have been the subset of analysis, that changes somewhat when you’re designing an Eastern format in terms of how the cultural norms are structured and how that story narrative plays out.”

(Watch out for our upcoming Campfire hosted by Alfieri and Amy Kole on the differences between Western and Eastern storytelling, where we’ll be exploring these nuances in more depth.)

…played with the senses?

The importance of stimulating as many of the senses as possible has repeatedly cropped up in previous Campfires. Laura Hess wonders if this might affect the measuring of emotions within an experience.

“Memory is so powerful through scent remembrance, I was wondering if there’s any ideas as to how that could be incorporated. It’s also an underused tool. I did a couple of scent-based experiences in lockdown, and they were so powerful and really resonated.”

Could we also manipulate the emotional context of an experience by removing, rather than adding, a sense?

“When you take major senses or components away, is the narrative still working? If you take a movie, for example, and you take the audio away, people will tend to turn the movie off much more quickly than if they hear the movie, and they don’t see the audience. It’s a question of when you articulate and begin to examine experience in those ways that may influence what your outcome is.”

According to some recent research from a Korean lab, they found that there is a “recency effect” to experiences: things that happened further in the past are less well remembered. However, experiences that have been more emotional in the past do tend to be remembered slightly better.

They said that averages are better to capture one full experience. However, this average is not unweighted. It’s weighted in those moments that people have a very intense emotional response.

…wondered if the end could overwhelm the peaks?

Escape room pioneer Victor Van Doorn wonders if by putting so much emphasis on the end, we might overshadow other elements of the experience.

“The space I’m sitting in now really started with the end in mind. The first thing we designed was what the climax would look like. And we’ve given it such an inordinately higher amount of attention, that I’m really curious what it will feel like. Maybe it’s going to feel overly designed or too much. But all the other peaks running up to it, they don’t really hold a candle.”

Following on from Strjibosch’s point that there are no peaks without troughs, Pietro Fanton wants to know what would happen if we purposefully design dips into our experiences. Think of the calm before the storm of traditional storytelling structure.

“Can I create an experience where the peak-end rule works, but make it better by lowering the part that comes before the peak? If I create a sense of emptiness, does that work?”

…let people guide their own experience?

When we think of emotional engagement, is interactivity a positive or a negative element? As WXO founder James Wallman points out:

“When you’re in flow, you tend not to recall what’s happening. It happens to you.”

Things don’t have to be interactive to be memorable – they just touch you.

However, when people do things themselves and become the architect of their own experience, arguably that experience becomes more powerful. As experience design professor and author Bob Rossman surmises:

“We keep talking about what we can do to raise people’s emotions, but the Experience Economy is first and foremost about what people can do for themselves: getting them engaged, demonstrating personal competency. You don’t have to make emotions for them, they make them themselves. And we don’t want to lose that.”

Is the peak-end rule past its peak? We’d argue not – but Strjibosch’s work points out some of the limitations of our current understanding of the link between emotion, memory and experience.

So when designing experiences, we should ask ourselves the following: