Campfire 23: How To Bring Different Worlds Together 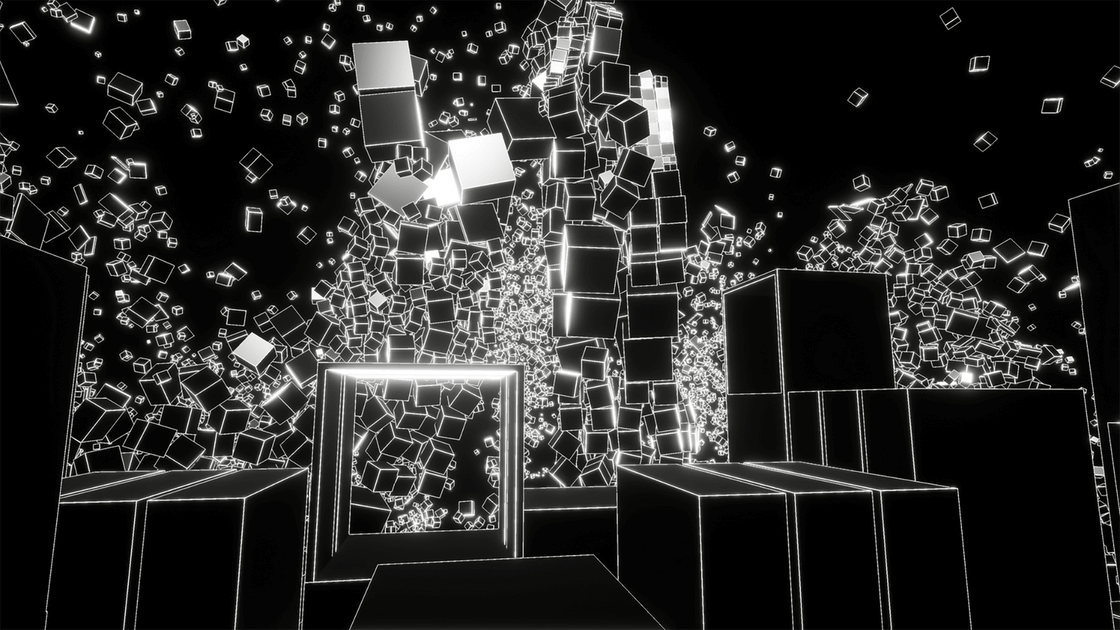 Just like a PB&J sandwich or a beer in the shower, sometimes you need to mix things up to achieve perfection.

The WXO was founded on the core belief that the Experience Economy works when we connect across its many sectors – when we talk to, learn from, and even collaborate with each other to design ever more extraordinary experiences.

But when you’re bringing together two very different worlds, you inevitably get friction alongside the sparks. So for Campfire 23 we wanted to bring our members a real-world example of merging seemingly unrelated disciples to create something better than the sum of its parts – and see what every cross-sector collaboration could learn from their lead.

(For a full insight into the experience, check out our review of Current Rising here.)

This project to lead a centuries-old institution into the future was led by Annette Mees, Head of Audience Labs at the Royal Opera House, and Simon Revely, CEO of Figment Productions, which has created incredible technology in AR, VR, CGI and beyond for clients including Legoland, Merlin and Universal.

We invited them to tell our Campfire how they worked together to pull the whole thing off. Here’s what we learned from their conversation about the necessary steps for collaborating across sectors, whatever they may be.

“Part of my job is to find partners who we think we can make good art with and push beyond what already exists. And that has as much to do with the process as with the originating idea.”

To create brilliance, you need a shared spark – an understanding of what you’re trying to achieve and the same values to get you there. Mees talks about “the creative nucleus: the shared vision of what we want to achieve.”

For Mees, her interest in technology is as “theatrical magic – the thing that helps make the magic happen.” And for Revely, he started out going to film school to be a writer, but “fell in love” with the technology that helped to realise these visions. Although their backgrounds might seem different on the surface, their drivers are the same.

“Often companies want to brief you on an outcome, but I want to go on a journey with them to discover the best thing that we can collectively make.”

Rather than clinging to a brief or checklist, Mees and Revely prefer a more exploratory mode of discovery that starts from their shared vision.

“We’re going to start from a place of shared goals, which are more experiential, emotional and artistic. There’s no checklist or shortcut for how we fulfill this shared ambition.”

The vision was to make great art and push what could be done, which could only happen by being open to what might emerge along the way. The budget and process both evolved to fit the vision, rather than the other way around.

3. Understand The Potential Of Your Technology

“Hyper-reality is about people having a shared experience. People come together in a space and all the arguments about how VR is isolating all just melt away.”

By knowing the full potential of the tools you’re working with, you can create something truly immersive. Hyper-reality isn’t just putting a headset on – it’s about putting a VR experience into a location where you can control the space and add a bit of magic. This could include performing some theatre before you put on a headset, or adding interactive props like wind fans and rumbling floors.

By understanding the potential for creating an immense sense of scale or movement through VR, the creative team on the opera side could better design a world that works within these parameters.

“This was very much an artistic endeavor. The aim was not to be distracted by the fun stuff.”

Although technology can pull people further into the experience when done right, it can also be a distraction – so think carefully about what’s relevant. World-building comes first, and technology comes second.

Knowing what to use and what not to use is key. Revely gave the example of his company having the capability to allow guests to create a virtual avatar of themselves before entering an experience.

However, from past experience he knew that often people would spend more time interacting with this character than getting into the story itself. So for Current Rising, they decided not to do this in order to put the focus on the music and the surrounding world.

Similarly, creative teams also need to understand the limitations of technology to realise their ideas – which textures and materials look good in a VR world where you’re pushing against the boundaries of what computer graphics can achieve, for example

“What matters is there is always going to be a materiality to what you’re doing to the world you’re operating in and to the tools that you have access to, and you need to understand where those limits are.”

“Understanding exactly what you mean by a word, visual, storyboard, script, story or experience – and making sure that everyone’s on the same page – is really important.”

When you’re embedded in your sector, chances are you’ve developed a whole vocabulary to describe what you do that might be impenetrable to those on the outside. So when collaborating across sectors, having “deep dive” days where you demystify and create a shared language is crucial.

Mees and Revely talked about having different ways of saying the same thing, for example “white carding” and “grey boxing”. By taking “the time to create a shared language and a shared setting”, these differences became funny rather than frustrating.

“Make it fun to be wrong, make it fun to ask questions. Create an atmosphere where no one thinks ‘I don’t want to look stupid’. Make it joyful!”

It might sound uncomfortable, but when working in an unfamiliar sector you’ve got to be open to sounding dumb. As we say at our WXO Campfires, “your obvious is not someone else’s obvious!”

Revely’s team might have felt nervous admitting to a highly respected opera director that they didn’t understand something, but without asking, no-one would get anywhere. So they created an atmosphere where anyone could laugh about any misunderstandings or miscommunications.

“We started creating a shared vocabulary about what we were excited about where the Venn diagram was ‘What does opera have that gets extended by hyperreality?’ And ‘what are the possibilities of hyperreality that really bring an experience to life?’”

Okay, this might sound like hippy nonsense – but it’s important to define and share the essence of what you do so that the people you’re collaborating with can understand and play with it, but through the prism of their specialism.

Once you have your essence down like this, you can see how your jigsaw pieces fit together with those pieces on offer from the other side, and create something new in the process.

8. Go On An Experience Safari

To discover what she liked – and didn’t like – about VR, Mees did lots of field research by checking out existing VR experiences in an “experience safari”.

She liked the operatic feel of The Void, but Cirque du Soleil felt too performative. Jurassic World gave them an exciting sense of movement and scale. And an LA-based VR opera project left them cold. Regardless of whether they liked or didn’t like what they saw, it gave them shared reference points to build from.

“One of the things that’s essential when you’re doing a VR-related project is to take the Pixar adage of fail fast and fail frequently. Try to make something even if it’s not the something you really want in the end, so that you’ve all got a reference point to look at and to establish what that new creative nucleus is.”

In addition to the reference points from your safari, experiment, make small sketches, and try things out on a smaller scale to find the best way forward. This also helps with budget and time – by investing small amounts of both upfront, you might get further and discover small things that have a big impact.

“We test things out quickly and cheaply and try and work our way towards good art.”

At the beginning of the project, Mees expected that they would have to have characters as a requisite part of opera, and that developing these would have sucked up a huge amount of research time and budget. However, by gradually moving away from this idea, they saved a lot of “brain boiling” and money to boot.

“We respected the boundaries of the creative team defining what makes good art, and also challenging us to create the tools to deliver that.”

Whose role is it anyway? Andy Barnes wondered if Mees and Revely’s teams ever disagreed about what made good art or where technology was limited. Their response: by having clear roles and boundaries, teams were able to respect and challenge each other in a positive way and make things happen collaboratively.

“They totally understood that there would be boundaries and limitations to the tools that we were using. And they were absolutely positive in their attempt to work with the technology rather than against it. I think that that can apply to a lot of cross discipline collaborations.“

11. Actually, You Can Please All Of The People…

“When you bring two disciplines together, you get a cross pollination of audiences. And in our case, if you really bring that together well, you get a very unusual range of audiences engaging very positively.”

All experiences face the challenge of catering to different audiences, and sometimes strategy is about hard choices. Meow Wolf’s Justin Stucey wanted to know how for Current Rising, the team balanced the concepts of high art and themed entertainment, for example.

However, we’re also living in an era where people want to try new experiences. And according to Mees, the distinction between high art and low art didn’t matter – it just needed to be good opera, and it needed to be a cool experience.

And the results speak for themselves. According to the stats:

The experience not only appealed to the 21% of hardcore opera fans who attended, but to 15-year-olds who were going for the first time. Some audience comments:

““It’s my first experience in virtual reality, I just knew that I would be impressed and immersed.”

“I thought it was exhilarating, sometimes deeply meditative. It’s like nothing I’ve seen before.”

“It’s completely unlike anything I’ve ever felt or heard. I mean, it’s perfect.”

“I think the fact that the audience responded like that, and opera critics and VR critics have written about it, means there’s something really exciting and fruitful that can only come out of collaboration that is not driven by art. It’s not driven by technology. It’s a partnership of bringing the best of both to the table.”

Whatever sector you’re working in and whoever you’re collaborating with, when done well cross-pollination can create something far richer, more exciting and imaginative than you could have planned for. So when you’re embarking on a cross-sector collaboration, ask yourself: