Campfire 1 – We Began With Endineering 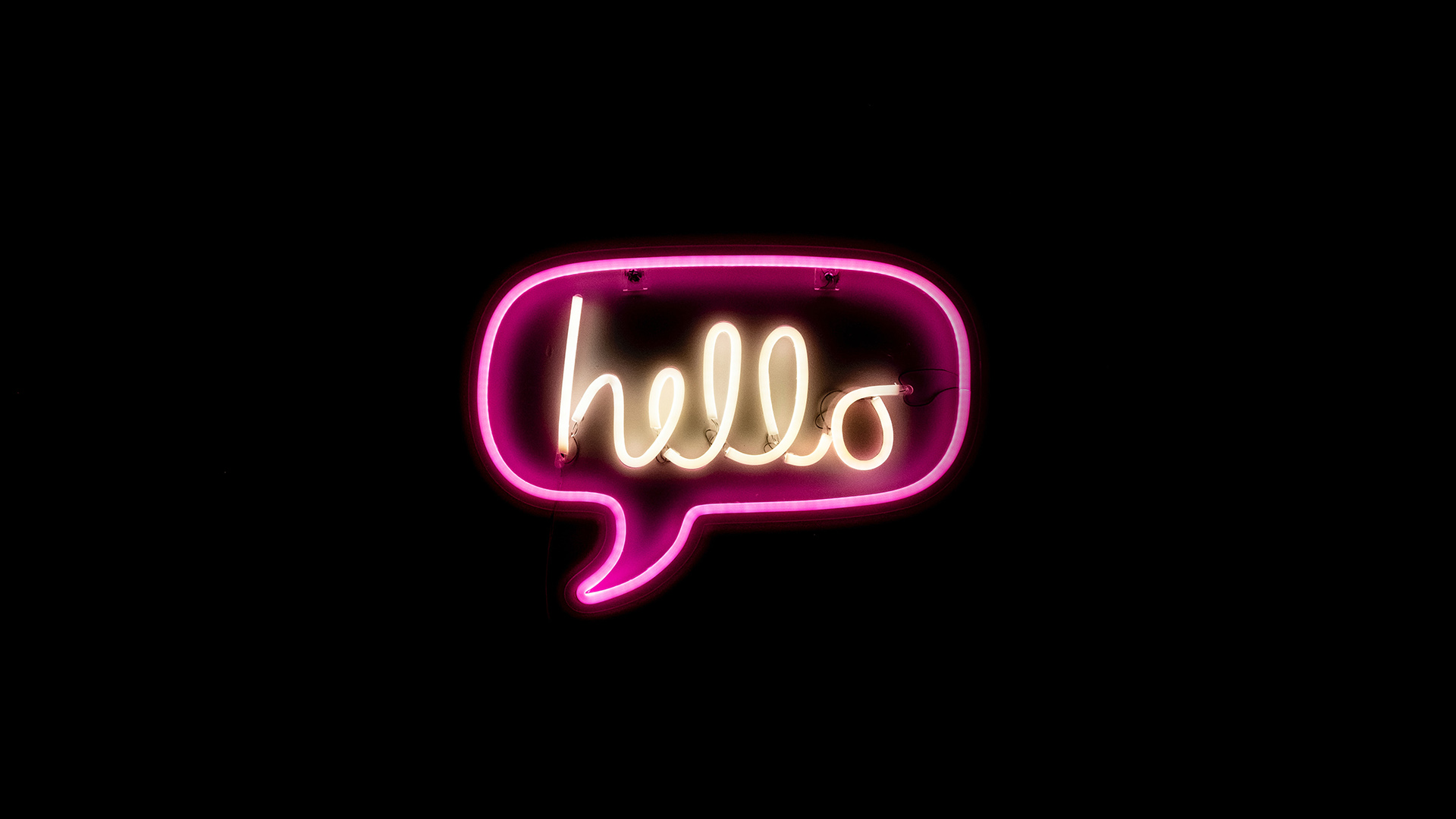 And they all endineered happily ever after…

That’s right: for our very first, very experimental WXO Campfire, we got sparks flying by beginning at the end. Inspired by Joe Macleod’s pioneering work on the 8 types of ending, for the inaugural gathering of WXO’s Founding Circle we asked participants to fuse their thinking on how to design better endings to experiences, which too often end up being more whimper than bang.

From Shanghai to Stockholm, Iowa to Warsaw, experience experts from around the globe joined us in the Zoom room to unpick what makes a truly good – or bad – ending. Immersive theatre creators, experience design professors, UX designers and LARPing legends gave and listened to four firestarter talks, before taking what they’d learned and transforming some damp squib endings into flaming finales. There were only three rules: share the mic, share your “obvious”, and there’s no such thing as a bad idea.

First up were our four mini keynotes. Here’s what we learned:

In a circular narrative, endings are beginnings too

To unpack the consumer experience from onboarding to usage and offboarding, UX designer Joe Mcleod took us on a journey through several centuries of endings in a whistlestop few minutes.

In preindustrial times, he explained, consumption looked like a circle – for example, animals would eat grass and produce waste, which goes back into the land and restarts the whole process. For modern consumers, though, we’ve turned this circular narrative into a linear one – creating more products that allow us to buy even more stuff, but disconnecting us from the experience of those products.

This linear system results in a broken relationship between producer and consumer. Worse, it has created a tense, broken relationship inside each of us. This disposable system has created two people within us all: a consumer self and a civil self, who are always at loggerheads. The consumer accepts the throwaway waste that comes with this efficient linear system. The civilian rejects the negative impact of all this careless consumption. In this system, each person’s impact becomes invisible, each person’s actions are anonymised. And so we end up with consumer experiences whose endings are devoid of meaning.

Instead, Joe says, we should look at returning to a circular narrative that is consciously connected to the rest of the experience through actionable triggers, resulting in endings that are more conversational, collaborative and under control. And that serve as new beginnings.

Are you overlooking “emotional conversion” too?

Diane Magers, the founder and CEO of Experience Catalysts, told us about emotional conversion. Why is it that as experience designers, when mapping a journey we’re used to thinking about the emotional impact of the intended experience, but not the before and the after? In particular, we’re not good at understanding the emotions that might result from a broken or negative ending – and therefore we’re missing an opportunity to design positive counter-endings.

This means thinking about designing for “rainy day” scenarios. For example, you might design a flawless interaction with a salesperson – but how do you carry that through to signing the contract? You might have an engaging digital experience, but what happens if there’s a technical failure at the end? The answer is to be intentional about the emotional conversion you want to carry people through, taking them from uncertainty to certainty, and then on to delight.

The best ending reminds you who you were at the beginning

Immersive pioneer Claus Raasted talked about how through his long career in LARPing (live action role playing), he’s learned the importance of designing not only an end to the fiction, but an end to the event that helps participants reflect on who they were at its beginning and who they are at its close.

Using an example of a Harry Potter-themed event he’d organised at a medieval castle in Poland, Clause explained how people gathered in the school hall at the beginning of three days to sing an anthem, before coming together to sing it again before they left. After three days of bonding and adventure, the result was personal, powerful, visceral and physical, and showed how they’d all progressed together. From singing to crying, the outcome was pure catharsis.

Claus’s takeaway was that you should always link back to where you started, preferably by doing something collective, physical and communal that allows for this group release of emotion.

Upgrade the “trilogy of participation” with a “memory anchor”

Experience designer and professor Bob Rossman agrees that you need to give something powerful to people at the end of an experience – and that ultimately, the worst ending is one that isn’t designed at all.

When teaching experience design to students, Bob introduces the “trilogy of participation” that applies to all events and human experiences: anticipation, participation and reflection. We tend to give all our emphasis to participation and neglect the others, but designers can extend their reach if they set up reflection as part of everything they do.

Bob gave an example of when he visited a sculpture exhibition of Alberto Giacometti’s work at the Hong Kong Museum of Art 18 years ago. At the end of the exhibition, he followed a sign asking if he’d like to be a model for Giacometti, had his photo taken, and was given a printout with what he’d look like as one of the sculptor’s models – which he has to this day. Bob described this as a “memory anchor”: an unforgettable experience that is most powerful at the end.

Fired up by our keynotes, our campfire split into four breakout rooms to apply what they’d learned to some typically “bad” endings before “endineering” a better solution. Here’s what they came up with:

The ending: the last day of a cruise is normally devoted to logistics, with people being unceremoniously offloaded along with the sewage.
The endineering: put as much effort into the ending as cruises do into the onboard entertainment, by finding a way for travellers to follow up with the new friends they’d made once back home – for example, by taking a goodbye photo on a device that lands in their inboxes a week later, printing a farewell card, or distributing postcards to send to their new connections.

The ending: finishing a contract with a telco or mobile provider is usually a one-sided experience with multiple hoops to jump through, with potential customers valued much more than current ones.
The endineering: take a leaf out of Spotify’s books and look into the “reflection” part of the participation trilogy by offering a review of your year with the company, showing how much they’ve improved your life – for example, how many friends have you called? How many times were we there for those late nights?

The ending: the typical graduation is a long, boring wait to walk across a stage and collect a piece of paper.
The endineering: rather than wandering across a stage, wander across the college campus with family and friends, visiting different places and explaining where you had peak experiences, before coming together for a group toast or fireworks. This would make the experience personal rather than generic and activate the location as part of the ceremony, while still allowing for that collective release.

The ending: at the end of a film, leaving the movie theatre and being accosted with the bright light and cold reality of the world outside.
The endineering: create a gentle transition from the darkness of the theatre to the light of the real world by emerging through a tunnel or corridor dimly lit with imagery from the movie, which slowly blends into imagery from the environment you’re about to enter as you progress.

We’d be remiss if we didn’t apply what we’d learned to our own campfire – so to finish, we closed our eyes and thought about how we could use what we’d heard to light up endings in our own work and lives.

The next WXO Campfire runs next Wednesday 7 April and is on the topic “How The Experience Economy Can Breathe Life Back Into Our High Streets, Main Street, Malls & Town Centres/Centers After The Pandemic”.

Interested in taking part? Register your interest in becoming a member here to be the first to know about upcoming WXO events, both digital and IRL.